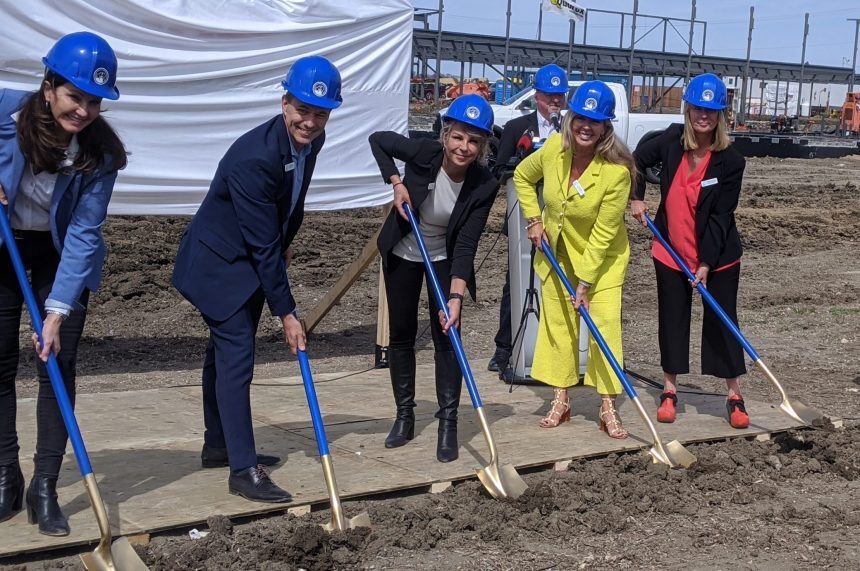 The Regina Humane Society (RHS) announced its ground-breaking commitment to animals on May 5 with the launch of Regina’s new Animal Community Centre. Located in vibrant Harbour Landing, at 4900 Parliament Avenue, the Animal Community Centre will not only be the best place to adopt a pet, but it will also be the place to learn about, engage with and celebrate animals. The current RHS facility, just north of the city limits, was built over 57 years ago and is well past its useful life.

Four-legged and two-legged RHS representatives, accompanied by Mayor Sandra Masters, participated in a historic “ground-digging” ceremony at the construction site following a Media Conference held earlier in the day. The event also marked the launch of the Society’s public Almost Home Capital Campaign, the largest fundraising effort in the Society’s 58-year history. Several significant gifts to the project were also announced.